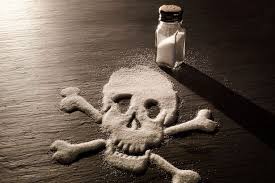 More data accumulates that salt intake for most people does not particularly matter, within broad reason.

A new study in JAMA Archives, “Dietary Sodium Content, Mortality, and Risk for Cardiovascular Events in Older Adults,” published online January 19, concluded that salt intake above 2300 mg Na per day does not meaningfully increase cardiovascular or general mortality over a 10-year period for people in their 70’s. This level of sodium intake is what is often referred to as the “no-salt-added” diet. Other studies in the past two years have also supported the findings that such diets not obviously restricted in salt, but not involved with excessive salt use (using salt shaker at the table before tasting, canned soups, lots of prepared foods, and so forth), are not clearly harmful.

Why Is This Finding Newsworthy?

The cardiovascular societies have been pushing progressive salt restriction for everyone in the past decade, suggesting that the goal should be 1500 mg of sodium or lower. That is a substantially restricted diet, since, for example, there are canned soups that contain 900 mg sodium per portion with two portions in a can. This study supports the proposition that normal levels of sodium intake from food are not inherently harmful. I support that conclusion.

The cardiology community is not stupid. There remains great concern that those people with barely controlled high blood pressure are at risk if they load up on the salt, and anyone with kidney failure or heart failure clearly is at risk of substantial and possibly sudden worsening by fluid overload caused by excessive salt intake. I carefully counsel everyone in our practice with such important heart or kidney problems to keep salt intake to minimal levels for safety and possibly to use some potassium chloride substitutes for standard salt (sodium chloride).

If you are fundamentally healthy at any age, reasonable dietary salt intake, including higher excursions from restaurant food or certain ethnic specialties, will not harm you except to make you a bit puffy and heavier for a day or so. But if you have significant heart disease, high blood pressure, or kidney failure, you should keep to very modest salt intake. And I will remind you of that.