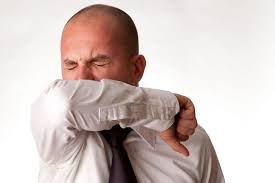 This continues to be the worst influenza season in at least a decade. It started earlier than normal, even before Thanksgiving, and has affected far more people than usual, partly because the most serious component, the H3N2 strain, is only partially blocked by the current vaccine. We have seen whole families sick, with high temps for a week and severe cough and prostration. While the vaccinated patients who nevertheless got the flu were clearly sick, it appears they were slightly less ill than those who had not been vaccinated. This is the experience of the CDC (Centers for Disease Control).

Beyond true influenza, there also appears to be a severe non-influenza respiratory virus making the rounds. This is most likely of the rhinovirus class, but we have not heard specific confirmation. It is characterized less by fever and prostration than by severe and persistent cough, with minimal sputum production, that goes on for two weeks or even more. Sometimes it may be indicated to use Zithromax if the cough remains productive at the two-week mark.

First, continue to use common-sense precautions such as frequent hand-washing, avoiding close contact with obviously infected relatives or friends, and covering your own coughs and sneezes with your arm or a tissue.

Second, for members who appear to have influenza, either confirmed by in-office testing or by described symptoms, we are liberally prescribing Tamiflu (oseltamivir), which may somewhat shorten the severity and duration of the infection if started promptly. Over-the-counter cough products with DM (dextromethorphan) have modest cough suppressant power.

Third, regardless of which syndrome you have (influenza or the likely rhinovirus cough), you certainly should rest, have plenty of fluids and a lighter diet, perhaps take acetaminophen (Tylenol), ibuprofen (Advil), or aspirin as your preference for aches and fever. Stay home. Don’t go to work and infect your colleagues. Read a book.