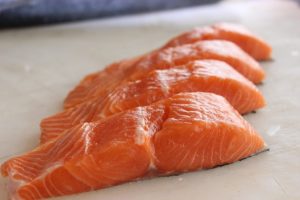 A new meta-analysis just published in JAMA Cardiology January 31 exhaustively reviewed the data evaluating the use of fish oil supplements containing omega-3 fatty acids. Such supplements have been frequently recommended for well over a decade as a way to reduce the incidence of heart attacks and strokes and to prevent early mortality from cardiovascular disease.

The study (Associations of Omega-3 Fatty Acid Supplement Use With Cardiovascular Disease Risks) evaluated 10 major high-quality published trials that included almost 78,000 individuals each followed for at least 4 years. The finding was a resounding No, omega-3 supplementation does not affect cardiovascular outcomes. It simply doesn’t benefit you to take fish oil capsules as a supplement.

The premise for recommending fish oil supplements arose from observational studies of populations where fish, especially fatty fish such as salmon, were an important part of the diet. Many of those study populations had lower incidences of heart disease, stroke, and cardiovascular deaths than general North American or European groups. The omega-3 fatty acid content of such fish was eventually identified as the possible beneficial component, and ingestion of fish oil capsules was proposed to be therapeutic even if one did not eat fish.

I was never a believer in the fish oil hypothesis, mainly because the data always seemed weak. And fish consumption in the healthier populations was just one part of a generally better diet that included lots of vegetables, less dense carbohydrates, and more modest saturated fat. Then add in the findings of rancid fish oil capsules as shown on a 60 Minutes exposé, and the reality that salmon actually tastes pretty good, and the whole premise for pharmaceutical fish-derived omega-3 fatty acids seemed, well, fishy.

I think Michael Pollan had it right in his 2008 book, In Defense of Food. On the cover he shows a bunch of broccoli with a wrapper saying, “Eat Food. Not Too Much. Mostly Plants.” Fish oil capsules are not food. He definitely would approve of some salmon or other fish with the vegetables. Enjoy your dinner.

2 Responses to Fish Oil Supplements Do Not Help Humans