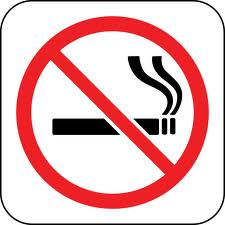 Many people smoked cigarettes at one point, perhaps in college, or until age 30, or perhaps much longer. You may have accumulated 5 or 10 or even 20 or 30 pack-years (a pack of cigarettes daily for 1 year) of exposure before stopping. Very few members of Orchard Health Care still smoke cigarettes.

You all also know the substantially increased risk of lung cancer related to smoking. That risk persists many years after stopping, which means that some of you who may have stopped smoking several decades ago, but who had accumulated 20 or 30 pack-years or more of exposure, could still develop lung cancer as empty-nesters or grandparents.

Physicians have tried for years to find some method of detecting lung cancer more readily, most critically while it can still be cured. That goal has been elusive. In recent decades multiple studies looked at annual (and even more frequent) chest X-rays, for example, and found they did not detect lung cancer soon enough to make a difference in the deadly outcome.

In August 2011, the Reduced Lung-Cancer Mortality with Low-Dose Computed Tomographic Screening study (N Engl J Med 2011; 365:395-409), a large, multicenter trial of annual chest CT scans in high-risk populations (at least 30 pack-years of smoking), solidly demonstrated that such imaging studies, which are much more effective in finding early lung cancers than are plain chest X-rays, in fact were successful in reducing the death rate from lung cancer by 20%. In other words, detection was finally at an early enough stage that therapy (surgery, radiation, chemotherapy) could be undertaken before the cancer had spread widely and was no longer stoppable. This was a major advance.

What Should Former Smokers Do Now?

I’d like to talk to each of you who is a smoker or former long-term smoker (20 pack-years or more) at your next checkup or substantive visit about the possibility of getting a screening chest CT, with the intention to repeat the scan annually. Screening chest CT’s are not typically covered by health insurance (they are not “diagnostic”). However, Lahey Clinic now offers an initial free chest CT to former smokers of middle age or older with criteria similar to the study just cited. And you-pay-for-it chest CTs can readily be arranged at Mass General West or Beth Israel facilities for about $400.  I think that expense will be worthwhile to consider. I have had at least one still-living patient in recent years where we clearly identified a growing lung cancer by CT screening and then could take surgical action to remove the cancer in a timely fashion.

I think chest CT screening is worthwhile to consider and to undertake for current and former long-term smokers.