Mammography: More “Guidance” But No Clarity 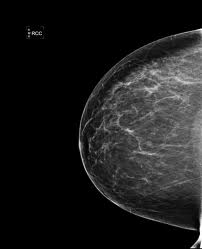 The latest Journal of the American Medical Association (JAMA, April 2, 2014) has a dense review article, “A Systematic Assessment of Benefits and Risks to Guide Breast Cancer Screening Decisions,” that tackles the continuing question of mammography for women and how much the process is helpful in saving lives compared to its costs in unnecessary diagnostic procedures and even unneeded treatment for tumors that never would have harmed the women. Unfortunately, I am not sure how much this review really helps us.

Why Is There Not Clarity?

As cited in the review:

Why There May Not Be Clarity Anytime Soon

We have been arguing the issue of the utility of mammograms for at least two decades. I think we will continue to do so for some time. Why?

First, any outcomes study takes years to perform, a decade or more. By the time it is published the imaging techniques are in a new generation, the treatments have advanced, and much of what has just been studied is often considered of historic interest only and not relevant to current decision-making. So both sides of the equation, imaging or other screening technique and the breast cancer treatments, are moving targets.

Second, and perhaps most important, are the known unknowns, to borrow a Donald Rumsfeld phrase: How many of the cancerous breast lesions that have been treated, especially DCIS (ductal carcinoma in situ) and some apparently low-grade invasive cancer, would have remained indolent and never needed treatment? The review cites estimates close to 20% for such ultimately unneeded cancer treatment, but we still have no specific tool to tell the individual woman with DCIS, for example, whether she would be safe forgoing treatment initially or not.

There seems to me to be some analogy with men’s prostate cancer here, in how to determine which low-grade or earliest-stage cancers need to be treated at all. Now many men undergo what is called “active surveillance” of their low-grade prostate cancer, with regular data-gathering but no surgery or radiation treatment. This appears to be successful over about a decade or more now, opening up a real choice for men and, at the same time, improving the logic for using less-than-perfect screening tests which no longer have to lead directly to definitive and possibly harmful interventions. I do not believe we have yet developed such a process or body of data for women’s DCIS or related low-grade breast cancer.

So What to Do?

We muddle through as rationally as we can, in the absence of definitive scientific data. My sense is as follows:

We should continue to get a basic assessment as to whether each woman is relatively high or low risk for breast cancer. High risk is especially conveyed by a strong family history of first-degree relatives with breast cancer or other genetically related cancers, and to a lesser extent through very early or late menstruation, non-bearing of children, or combined hormone therapy for extended periods after menopause. The Gail model of risk assessment can be of some use.

Women with higher risk of breast cancer may want to start mammography in their forties and continue on more or less an annual basis through their sixties. Other women may well wait till age 50 to begin mammograms and could safely follow a less intensive every-other-year program, which is supported by many studies as equivalently effective to annual mammograms and which is the norm in most European countries. It is hard to say just what to do for women over 75 because, incredibly, we have had no randomized trials of mammography in that age group, but my sense is we continue as for younger women. But after 80-85? Many women in good health decide not to bother, and I don’t object. No data exists.

Most important, we should all look out for any studies that try to tackle the possible overtreatment of DCIS by developing rational active surveillance options. I’ll certainly be supportive of participation. We’ll of course discuss carefully if that situation arises.

Finally, after my comments above, here is the text of the study’s recommendations for women on mammography: