Prescriptions and Prior Authorizations 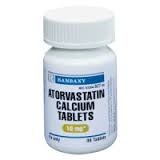 There is a wonderful old French cartoon book by Sempé called En France, Rien n’est Simple, or, In France, Nothing Is Simple. That applies also to the world of prescriptions with drug intermediaries, which we all have suffered with for the past decade and more.

Everyone’s drug plan has a list of drugs the plan will pay for, at least in part, called their “formulary.” This is supposed to be a comprehensive and sufficient list of drugs to meet everyone’s needs. Within the formulary, some drugs are less expensive and have minimal copays, others more expensive (a higher “tier”) with higher copays and more restrictions. If the drug is not in the plan’s formulary, they will not pay anything for it.

Prior Authorization and Other Hurdles

All plans restrict use of certain drugs, typically expensive ones, but sometimes inexpensive ones that they simply did not choose to include in their list. This is especially true of antihypertensive drugs where each class of drug has many alternatives, most all generic by this time, but not necessarily interchangeable and often with subtle but useful differences that may be important to individuals.

The major hurdle is when the plan requires prior authorization before paying for a drug. The process to provide the plan with the information they require is often laborious and time intensive for the physician’s office and perhaps as well for the patient.

Most commonly the plan may require that other drugs be tried and failed before allowing this drug. Sometimes they want multiple drugs attempted and documented. Some of this may be reasonable, since some medications are amazingly expensive. However, for patients on Medicare with part D drug plans, the most frustrating issue is that a new prior authorization may be required each January, and almost certainly if you change to a new part D carrier.

So please remember that a request for a prior authorization from your drug plan will require meaningful work and time for our staff to answer, as well as perhaps a need for you to try other medications that you did not expect. We do our best to win each such drug battle on your behalf, but it takes time and some cooperation and understanding from you as well. And we do not win every fight.

Sometimes patients request brand-name only medications when generics are readily available. That always means greatly increased expense to the patient, as well as the drug intermediary. The FDA and state public health departments have established lists of drugs that are interchangeable between the branded product and the generic products. For the most part I cannot see a clinical difference between generic drugs and branded ones.

So if you prefer the brand name, you likely need to articulate the reason for your preference so that we can communicate that to the drug intermediary on your behalf. If they accept that reason, you still likely will need to pay a much higher copay. In the occasional case when we believe a specific brand is important to continue, we speak up loudly. But we have no control over the higher cost reality.