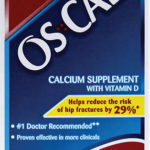 From neglect to excessive attention. That’s the two-decade story of focus on your intake of calcium and vitamin D.

At the end of the last millennium, increasing medical attention was appropriately paid to osteoporosis (weakening of the structure of the bones leading to fractures especially of the spine and the hip). Many analyses were made of the need for adequate oral intake of calcium (found in dairy products and certain leafy vegetables such as spinach and kale) and vitamin D (mainly through sunlight exposure and supplements put in dairy products) that are needed to prevent osteoporosis or to help ameliorate it.

Where We Ended Up

Certainly, the availability of new drugs, such as Fosamax, which helped control the development of bone weakness in women after menopause and in both genders as a result of aging, promoted the focus on calcium and vitamin D, which are necessary for normal bone metabolism.  So by 2000 we ended up with medical recommendations for high intake of calcium, such as 1500 mg daily, as well as vitamin D, sometimes 2000 IU daily and more.

Moreover, in typical American fashion if something is good, more is presumably better. So many individuals and health promoters recommended even higher doses of both calcium and vitamin D, such as 2000 mg of calcium daily and 3000-5000 IU vitamin D daily. It is easy and cheap to take such supplements. And pharmacies and health food stores made good money selling these products.

But the data to support even the medical recommendations of 1500 mg calcium daily was weak (except for pregnant women), and so was the data on vitamin D, except that necessary to get the serum level to above 20 (which is rarely more than 1000 IU daily). The Institute of Medicine, a group of very smart physicians part of the National Academy of Sciences, published their analysis in late 2010 that adults do not need more than 1000 mg of calcium daily, and that 600 IU of vitamin D does the job for most of us. Moreover, they raised legitimate concerns that amounts of daily calcium in excess of 2000 mg may produce harm through kidney stones and perhaps vascular calcification, and that very high levels of vitamin D can damage some internal organs as well as possibly provoke excessive and dangerous blood calcium levels.

So What Do I Suggest You Do Today for Calcium?

Simply put, moderation works. Dairy products contain about 300-400 mg of calcium per 8-oz. portion. A few vegetables, notably spinach and kale (and strange items such as black-strap molasses) are rich in calcium. So if you regularly have a full dairy portion (not just milk in your coffee) and often eat the dark green leafy vegetables, you need take no calcium supplement. If you eat little dairy but reasonable vegetables, probably one 500- or 600-mg calcium tablet daily is appropriate, as in calcium carbonate or calcium citrate. Also, many other foods provide lots of calcium, in addition to supplemented foods such as certain forms of orange juice. I have provided references for you, such as the National Nutrient Database of the Department of Agriculture to check on the precise foods you like to eat. Almost no one should require 1000 mg of calcium supplements daily, unless you have an unusual and restricted diet.

And for Vitamin D?

As to vitamin D, we get that from sunlight exposure primarily (it is made in the skin), but many dairy products are supplemented typically at the rate of 100 IU per 8 oz. Also, standard vitamin pills contain the official RDA of 400 IU. However, we have been testing serum levels of vitamin D for about 4 years now, and many people end up with levels below 20, the standard that the IOM chose, and a few even below 10. In addition, many patients have levels between 20 and 30 even when taking a multivitamin. These low levels are of concern not just for bone disease, but also because of scientific rumblings (nothing proven) that low vitamin D may play a role in certain cancers as well as in cardiovascular disease.

I am sufficiently persuaded by the studies I have read in the past decade to believe that your serum level of vitamin D should be over 30, not just over 20, despite the IOM consensus report. There is no known need to be higher than 40, but also no realistic danger of harm if serum levels are a bit higher than that (such as 40-60), but again no clear benefit.

Some people get to a vitamin D level over 30 with sunlight and supplemented dairy products, others with a standard multivitamin. But we are measuring everyone’s serum level, so if your level is less than 30, I may recommend a daily supplement of 1000 IU (as vitamin D3, the better absorbed active form) and rarely higher. We also offer a once monthly supplement prescription of 50,000 IU of vitamin D2 that does the job just fine with fewer pills (but people perversely tend to forget it).