Thoughts on Recreational Marijuana and Alcohol 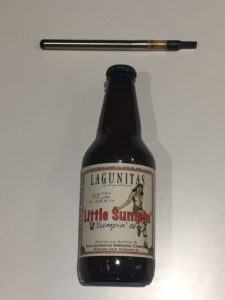 As a member of the board of health for the town of Lincoln, I have recently been involved (through a committee) in advising the town meeting on the likely effects of legalizing the cultivation and sale of marijuana (cannabis) in the state of Massachusetts for recreational use. Each town, Lincoln included, needs to make final decisions this spring as to whether the town will allow any, all or none of the four functions of cultivation, processing, assaying, or retail sale and distribution of cannabis products that were approved late 2016 in the statewide referendum.

In thinking through these issues and available medical data from first principles, as well as in committee discussions, I found my thoughts crystallizing and heavily focused on comparisons of recreational marijuana use with recreational alcohol consumption. I’d like to briefly share some of my overall observations and conclusions on both substances, both from the medical literature and personal clinical experience. In brief, there are many shades of grey, and little black and white. It matters whether the user is an adult versus an adolescent, and whether the use is occasional, regular, or heavy. I’ll also comment on my experience for the past two years in prescribing marijuana for a limited number of patients for medical therapeutic purposes.

Occasional use of marijuana by adults, such as twice a week, does not appear to be associated with any particular physiological harm. No meaningful damage to lungs, heart, or nervous system has shown up from casual use in studies over several decades. Of course driving while impaired is a different issue, and should be presumed dangerous.

Daily use of cannabis by adults is harmful. It adversely affects hormones (such as testosterone) and motivation and possibly cognition. There also is some recent evidence that frequent adult use could lead to involvement with much more dangerous drugs such as opioids (small effect). Nevertheless, even daily cannabis does not appear to produce the heart disease and emphysema and cancers caused by daily use of cigarettes.

Any use of cannabis by children and adolescents is harmful to the developing brain and cognition and should be rigorously avoided. One of the real worries about legalizing marijuana is the concern that it will be easier for teenagers under 21 to get hold of marijuana to use in one form or another.

In practice, analogous concerns exist about alcohol. Occasional use by adults, and even moderate daily use, in the absence of impairment and impaired driving or related physical activities, are not harmful.

Heavy use of alcohol for adult or adolescent, such as three drinks or more daily, or binge drinking, is clearly harmful and leads to multiple physiological problems such as liver failure, cardiac damage, nerve problems, brain problems and so forth.

Drinking by adolescents remains of great concern because of the frequent lack of social context and the likelihood of binging behavior and impaired driving. Our laws make drinking under age 21 illegal except in home situations, but there is a continuing struggle to prevent teens from acquiring alcohol.

Medical Benefits of Alcohol and Marijuana

There has been reasonably solid evidence over the last 20 years that moderate alcohol use (a single drink for a woman, or two for a man, on a daily basis) is beneficial and may reduce heart disease deaths, for example. We even have a current controversy about a planned large-scale study of that beneficial effect because the NIH study involves support from liquor companies. Regardless, I think we have plenty of evidence that a glass of wine with dinner, for example, is healthy for an adult.

What about marijuana? Aside from the social camaraderie of using cannabis, and the relaxation it can provide and so forth, I don’t believe occasional marijuana use has been shown or appears to have a health benefit. In more intensive use of marijuana for medical purposes, such as pain management or nausea in patients with cancer, and as adjunctive therapy in conditions such as multiple sclerosis, there likely are benefits, but not across the board. My personal clinical experience has been unimpressive in the past two years, with perhaps one in five patients receiving relief from chronic pain, for example. I wish marijuana were in fact more effective.

Real Issue Is Teenagers and Overuse

So, my take is that modest use of marijuana or alcohol is without significant physiological harm. Heavy use or overuse, getting regularly high on either substance, or driving while impaired on either substance, is clearly dangerous. So the public is appropriately concerned about such abuse. And any use of cannabis or alcohol is threatening to the biological well-being of teenagers under 21. We already have great difficulty in keeping alcohol away from teenagers. Legalizing recreational marijuana will likely make it more difficult to keep pot from teenagers, regardless of regulations. That is, I believe, the biggest public concern in dealing with implementing the recreational marijuana statute.