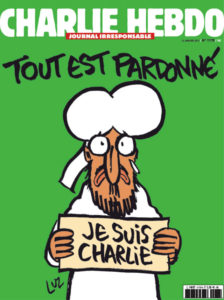 Let’s talk about preexisting conditions. Like the Farmer’s insurance ad series, I know a thing or two about that. I have been reporting underwriting evaluations for decades for patients looking for life insurance. And before the Affordable Care Act, I was doing it just as much for patients wanting new health insurance when individual underwriting was the norm for those people not eligible for group insurance.

What an awful time that was. People were routinely denied health insurance for “preexisting conditions” that were truly common. Try low back pain, or high blood pressure that had been controlled for 20 years, or irritable bowel issues, or, God forbid, a self-limited episode of situational depression after death of a close relative. If the insurance wasn’t denied outright, the person was “rated” and required to pay much higher premiums.

So the hypertensive patient might get insurance at double or more the cost but would not be covered for hypertension office visits or anything that could possibly relate to that. Such related conditions would extend to heart attack, strokes, kidney disease, and headaches. Push come to shove, and the insurer had the ability to and frequently did deny coverage for pretty much any biological condition vaguely related to the cardiovascular system. What a joke.

Is Health Care a Right or a Privilege?

The real argument is whether real health care is the right of every individual of whatever means, or whether it is a privilege and at some level only those with the capability to pay for health care should get it. Once you inject preexisting conditions into the access equation for health care, the enormous rise in rates that will occur for those with a wide range of common human ailments in midlife and later will effectively mean many of those people will not be able to afford health insurance and will not actually get health care. To me, that is inhumane and inconsistent with who we Americans are as a people.

I am unconflicted: Every person should be able to access and receive competent health services with health insurance regardless of their economic status. That means Medicaid and subsidized insurance for a substantial portion of our population as it is under the Affordable Care Act, and as is true in most of the developed world, as well as employer-provided health insurance for the employed and Medicare for the older generation. Or even better, a universal single-payer system that covered everyone, perhaps modeled on Medicare. But that is another discussion.

Could You Personally Be in Trouble With Health Insurance? Yes.

If the current Republican (“American Health Care Act”) measure just passed in the House gets into law, everyone over 50 reading this who is not on Medicare could conceivably be at risk. How? Simply, lose your job or get between positions for longer than Cobra coverage allows, and you might have to apply for new individual health insurance. You would be underwritten. Then those innocent and often perfectly controllable conditions for which you might see me a few times a year disqualify you or result in dramatically higher premiums — read high blood pressure, mild diabetes, some arthritis in the knees, any kind of cancer even that successfully treated, any significant depression or emotional disorder, heaven forbid anything serious requiring continuing treatment like multiple sclerosis, or sleep apnea, asthma, or severe overweight.

While you may have read some estimates suggesting that “only” one third (33%) of people under 65 would be adversely affected by preexisting medical conditions, I believe the number is vastly higher. Based on my years of underwriting and detailed knowledge of my patients’ diagnoses, medications and occupations that historically led to preexisting condition exclusions, my personal estimate is that fully two-thirds (67%) of you would be denied coverage or rated if preexisting conditions are allowed back in the picture.